When You Listen, They Listen! 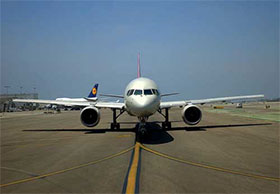 One of my service technicians performed an equipment upgrade at a customers plant site two weeks ago, which didnt go quite as planned. Monday morning after a rough weekend upgrade I received a call from an angry mill manager telling me, We are still experiencing problems and your service technician is planning on leaving tomorrow. He wont be done and we wont be running. This is wholly acceptable. Before I could reach my service technician I received another call. This one was from our very unhappy Project Manager expressing the same concern. He had already spoken to my service technician telling him to stay until the major issues were resolved to the complete satisfaction of our client.

Thursday, when the service technician returned to work, I brought him into my office and described the phone calls I received from both the Mill Manager and our Project Manager. Then I asked him to describe the situation from his point of view. He told me his grandfather had a planned surgery and he wanted to be with him during his recovery. I said, As you know, our standard for customer satisfaction requires that we never leave a customer site when problems still exist. Leaving or threatening to leave before all required work is successfully completed is not acceptable. Now we have a

customer upset with both you and our company. I told him being home for his grandfather or anything else important in his personal life is also important to me and our company. I asked him to advise me in the future of all important personal dates so I can schedule onsite customer work to accommodate him, ensure happy customers and his career success, to which he agreed.

The lesson I learned is by utilizing the DARE+ Direction Through Correction process is that carefully following the steps, including letting my guy explain himself, allowed me to correct him with a positive outcome. The most important part of the process was asking in neutral tones, From your point of view, what happened?

The action I call you to take is when you have associates who deviate from accepted standards, utilize the DARE+ Direction Through Correction process. Be sure to let them tell you What happened.

The benefit you will receive is turning difficult conversations into an agreed upon plan for success.

Too often we blow it off or blow up. Blow it off: Nothing I can do with them. Nothing I can do about that. Thats just how he is. Blow up: I cant believe what you did! How could you do that? Dont you ever let that happen again! Jason chose the middle road addressing the issue gently, described the unacceptable behavior and asked the right question, What happened?