What are you doing?

"It was brought to my attention that one of the unit specialists in my area was heard saying to another team member, 'What the f*** are you doing?' This language is not allowed at our company and will not be tolerated. I thought about the best way to handle this situation. I decided to do some coaching and give him a written warning.

"I called him into my office to discuss his behavior. He was shocked when I brought up the situation and handed him his written warning. He read the warning and his face turned red. He said, 'I'm sorry.' I could tell he was sincere. We talked about what led up to his profanity. He told his side of the story. We then did some role-playing. As I 'played' some of our various operators and went through some different situation, he decided how to respond. I could tell he wanted to learn. He knew that profanity wasn't the right way for a professional to communicate. He was frustrated because he really didn't know any other way to get through to his operators.

"We continued to talk for about an hour. He was starting to get the idea of effective communication. Before I allowed him to leave my office, I asked him to write down a few things he wanted to work on. I told him that his technical skills were not a problem - he needed to learn how to deal effectively with other people. He told me he was going to apologize to the operator involved and to all the other operators on the floor. He did it and his reputation began to improve immediately.

"The lesson I learned from this experience is there does not need to be a mechanical problem for someone to need coaching and training. I can use Turbo's Six Step Correction Process anytime there is unacceptable behavior.

"The action I call you to take, no matter how difficult the situation, is use correction opportunities to train the people on your team who fall below excellence in their performance.

"The benefit you will gain is you will have a well-trained, high performance workforce."

This is a real story from the real world. Your company either has values and standards or it doesn't. What you have written in your employee handbook, your policies and procedures are only meaningful when everyone in your organization, from the top to the bottom, "stands up for standards."

When Gary went out on the floor and sincerely apologized to everyone affected, a new kind of respect, trust, and pride was created among the team. Esprit de corps went up. Everyone had greater respect for Gary because he stood up for standards. 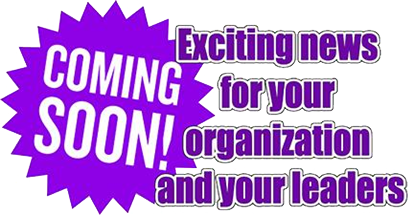 
Your company has standards or it doesn't

Your company has standards or it doesn't