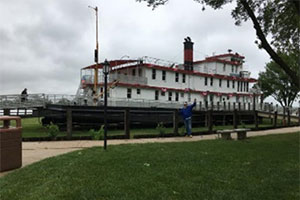 May 21, 1804, Saint Charles, MO. After four months of preparation, purchasing and packing supplies for the journey, the careful selection of the 33-man company, and the supplemental training required, President Jefferson's Corps of Discovery was staged and ready to go. Saint Charles was the formal launching point of the journey, just across the river from Saint Louis. St. Charles, was the border of the known world, everything from this point west was unknown, unsettled, literally uncharted waters.

On the eve of the launch, all the citizens were excited by their sense of history. There was music, dancing, bonfires, and much celebration. The men of the expedition were excited and eagerly looking forward to the adventure. They were leaving behind everything they knew. Part of this adventure of a lifetime, was they knew they wouldn't see civilization and those they loved for two years. The celebration got a little out of hand.

In the next morning's formation, it was up to Sergeant John Ordway to render the discipline. The standard discipline for "taking whiskey out of the keg" was 100 lashes to the bare back. But this was the beginning of an exciting journey, and they hadn't even had their first formal day of working together. Isn't this a little harsh?

The records show that the three men received the lash. The records also show that in spite of heat,hunger, delays and danger, the morale and spirit of the Corps of Discovery was amazingly high throughout their arduous journey. Only one man attempted desertion, and there was loss of only one life to appendicitis.

It's entirely possible, that the willingness to administer this harsh discipline consistent with the military code of conduct of the time, early in the journey, is a part of the reason the corps was so successful.

You are not going to administer the lash to your people who are late, fail to wear their protective equipment or show up with a hangover. Engaging leaders are consistent in holding people accountable for violating the agreed-to standards. Our expertise in working with hundreds of organizations with thousands of employees makes it systematically clear that failure to hold your people accountable to high standards will not strengthen morale; in fact, failure to employ appropriate discipline will weaken morale. You must start by spelling out, documenting your standards and the reasons for them. Consistency, in all matters, including discipline, helped build team pride within the Corps of Discovery. Inconsistency leads to uncertainty, doubt and fear, a feeling of favoritism and unfair treatment.

To make 19 shine, step up your game, be consistent, spell out your standards and everyone, most especially you, will feel better for it. 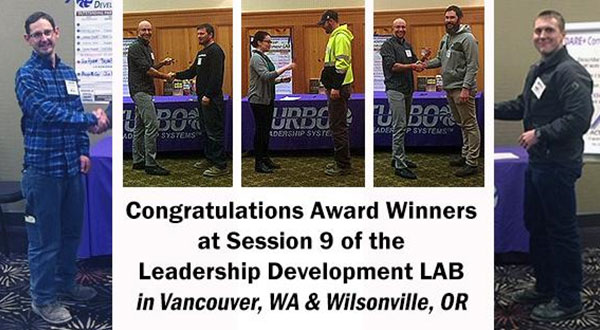