"Prior to my role as a detailer, I worked in the field as a journeyman plumber. The job site was a brand new high school made of concrete and steel. I was freshly turned out from the apprenticeship program and my appearance reflected that: tattered shirt sleeves, worn out tools, and frayed overalls. Appearances aside, I was excited because I'd been given a new apprentice to work with. After spending my apprenticeship getting hazed by my journeyman, the roles would now be reversed and I would be the one doing the hazing.

'We were tasked with cutting out holes in the metal Q-Deck with an oxy-acetylene torch at the new high school. I would be using the torch while the apprentice would go to the floor below and serve as my fire watch to make sure the area was safe and nothing caught fire. I explained his responsibilities to him but he had one last question. 'What happens if something catches on fire?'

'Well, two things,' I replied, 'First, make sure you put out the fire. Second, go ahead and put your tools away because I'll have to send you home for the rest of the day.' 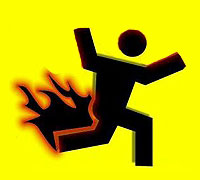 "The apprentice was unaware that I was joking about the second part and went down to the floor below with worry on his face. We were communicating via walkie talkie as I moved from one location to the next, torching out the metal Q-deck with the apprentice following along one floor below. I would torch out a set of holes, radio to the apprentice, then set up for the next location. Everything was going well when I noticed that a couple of electricians across the way were watching me intently. We'd had a good working relationship with the electricians and would frequently razz each other. Something didn't seem right and I suspected they were trying to mess with me. As I wondered what they were up to, I was snapped back to reality by frenzied shouting.

"Hey!' one of the electricians was yelling at me, 'You're on fire!'

"I looked down at the ripped, frayed pant leg of my overalls and my heart skipped a beat. I was, in fact, on fire! Using my leather gloves I was thankfully able to beat the flames out, but my overalls were toast. I finished up the torch cutting before meeting up with the apprentice to head to lunch. He immediately noticed my burned up overalls and looked at me.

"Yeah, I caught myself on fire.' I admitted sheepishly.

"That really sucks.' he empathized.

"I know. Now I have to get new overalls.'

"No,' he stated matter-of-factly, 'Now, you have to send yourself home for the rest of the day.' 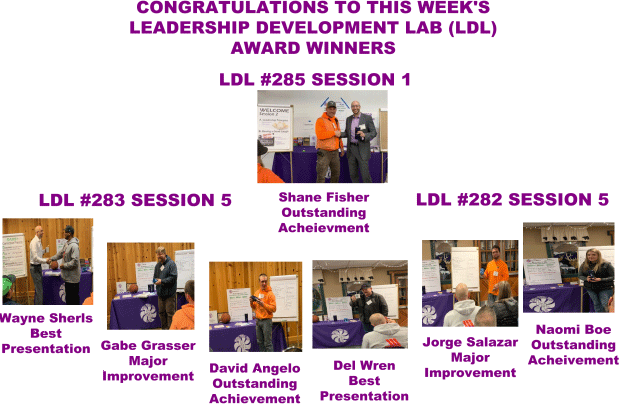