DARE To Be On Time 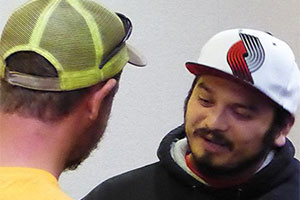 "Recently one of my team members showed up for work 15 to 25 minutes late three days in a row without contacting me or one of the managers ahead of time to advise us of "the problem." This behavior is unacceptable anywhere you work and needed to be corrected right away.

"On the first day of his tardiness I handled the situation by following my old habits. I told him that it was unacceptable not to call and that he has to be on time and must call if traffic makes it impossible. The result was two more days of the same tardy behavior.

"On day two I was unable to address the matter however I had the opportunity to correct the behavior on day three. This time I decided to apply Turbo's 6-Step Dare+ Correction Process.

1 First, I approached him and said that I noticed this was the third day that he was quite a bit late without calling. Then I asked, 'What happened?'

2 Second, I listened to him talk about the traffic coming across the river and how he figured that we would just know what was going on.

3 Third, I advised him of our standard of timely work attendance and proper communication of unavoidable situations that may make him late.

4 Fourth, I emphasized the importance of being on time and how one team member's tardiness sets the entire team behind schedule for the day.

5 Fifth, I asked him to agree to adhere to our standards. He said he would be more careful to check traffic conditions in the morning and start earlier when he needs to.

6 Sixth and finally I ended on a positive note by letting him know that I was sure he could be on time and continue to be a very important part of our team. 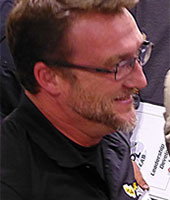 "Since then he has rarely been tardy and never without communicating with us about what was going on. In addition to being more reliable since our conversation, his overall communication with me as his direct supervisor has improved greatly.

"The lesson I learned from this experience is that when I carefully follow the DARE+ Correction Process the results are much better than I ever expected.

"The action I call you to take is to use Turbo's Dare+ Correction Process when your standards are not being met. Follow each step carefully.

"The benefit you will gain is a team that meets your high standards and exceeds your expectations. You will experience improved morale and continuous improvement."


...followed my old habits and the result was two more days of bad behavior.

...followed my old habits and the result was two more days of bad behavior.