Be careful about accusing others

"When I first got into the trades, I saved money for weeks if not months. I was trying to purchase a new Milwaukee Combo Kit. Well, I finally got one and was incredibly excited and proud of it. I had used the kit for a day or two and had gone to lunch. When we came back from lunch, I realized my Sawzall had gone missing. I searched the whole job site until I came to the back room where a journeyman plumber "Mike" was working. He came down on his scissor lift and there was my brand new Sawzall. I confront him about it , he denied it, and told me emphatically it's was his. 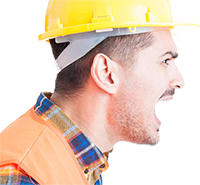 "This guy had already been giving me a bit of a hard time because I was a green apprentice. When the company gave me the brand new hand tools that all employees receive, Mike replaced his worn tools with all the best tools I'd received. Knowing Mike's personality I assumed he was just taking my Sawzall. When he wasn't looking, I took it back. I went back to work for a bit, and Mike came at me yelling and screaming, "You stole my Sawzall!" The foreman, Frankie, comes over and asks, 'What's going on?' I told Frankie my story, I guess he believed me, and trusted me more than he did Mike, because he told Mike to get back to work.

"A few days passed, and Mike and I were sent to hook up roof drains in the attic. At this point, Mike was still acting very distant and rude to me. We worked for a while in the attic; it's hot and nasty. It was an awkward working condition. Towards the end of our day we went over to the far end of the attic and Mike says, 'Hey! Look at this!' I looked over to see my brand new Sawzall. I was sent to the attic a few days earlier to cut a vent pipe for the sheet metal worker's duct, and forgot my pride and joy Sawzall!

"The lesson I learned from this experience is not to accuse anyone of dishonest behavior, no matter who they are, without first checking all the facts. 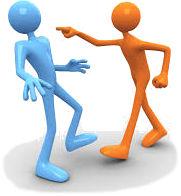 "The action I call you to take is to take people at their word unless they prove to you that they can't be trusted. Take things slowly; don't be so eager to jump to conclusions and blame others.

"The benefit you will gain improved team work and much greater harmony in all your relationships."

Congratulations to our Award Winners from Session 2 LDL #281 at Hydro-Temp Mechanical in Wilsonville! 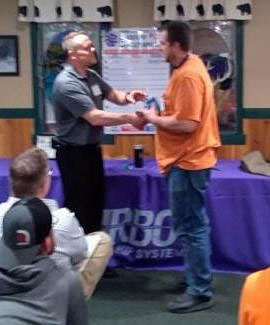 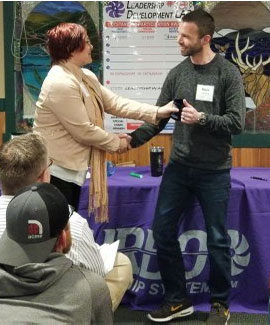 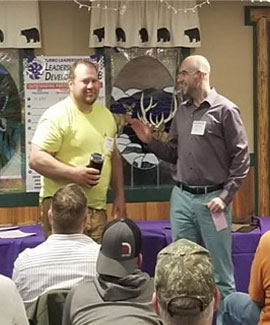 
"Cleave ever to the sunnier side of doubt."
~ Alfred Lloyd Tennyson

"Cleave ever to the sunnier side of doubt." ~ Alfred Lloyd Tennyson