Firing fired me up 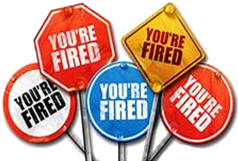 "In the winter of 2007, I was getting ready to leave on vacation the next morning, when my boss called. He was calling to tell me he had a more permanent arrangement in mind. He laid me off. The recession had hit and my position could be filled with someone for lower pay . . . someone that I had trained. The company I had devoted 16 years of hard work to had just fired me. This was a shocking blow, a setback that I hadn't seen coming. It took me awhile to get over the shock, to think things through. As I reflected, and projected, I decided that I needed additional training so I would not be in such an expendable position again, in the future. I made the decision to get my contractor's license. I know my limits as a test taker, so I wasn't at all sure how this was going to turn out for me. I studied hard and took a pre-test that went fairly well. Before I could take the State of Oregon Contractor's Exam, I had to survive a two-day class.

"When test day came, I was nervous to say the very least. Much to my amazement, I remembered more than I thought I would. The test seemed to be a lot of common sense questions. When I found out that I had passed the test, I was overjoyed, a few days later, to receive my contractor's license card.

"The lesson I learned from this experience is to never give up on myself even when it seems forces are conspiring against me."

"The action I call you to take is to never give up on yourself because something better may be waiting for you just around the corner."

"The benefit you will gain is that you will never lose. You will be a winner."

"Comfort is the mortal enemy of growth." - Cliff Canu cci

This story is easy enough to read. Unless you stop to put yourselves in Alan's shoes, you miss the point. When the rug is pulled out from under you, when everything you had planned for, when the future you have imagined is taken from you, how do you react?

There are at least 3 possible responses:

#1 Blame everyone and everything - become the perfect victim - Why do all these bad things keep happening to me?
#2 Give up, fetal position. Depression - retreat from life and all of life's challenges.
#3 Look for the open door, the potential in the new situation.

Life booted Alan out of his comfort zone and he used what would have been a crisis for most, and turned it into an opportunity - an opportunity to face his fear of test-taking. He exercised the single most important quality of a leader, he exercised courage and he passed the test. 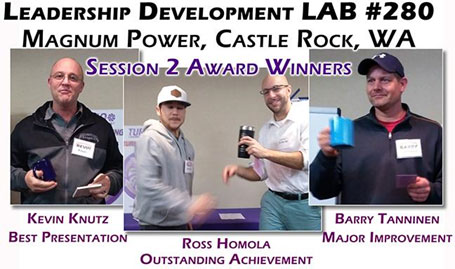 
When the rug is pulled out from under you, how do you react?

When the rug is pulled out from under you, how do you react?