Add to your adventure 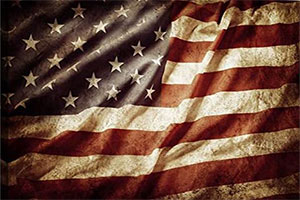 Travelling from Loganville, GA along Oregon Trail made me aware of how time was collapsing in the Westward Expansion of the 1800's.

1804 - Lewis and Clark's Corps of Discovery expedition commissioned to explore the Louisiana Territory. Jefferson wanted to establish a U.S. claim to the Pacific Northwest by documenting an American presence before Britain, France or Russia could lay title to the land. 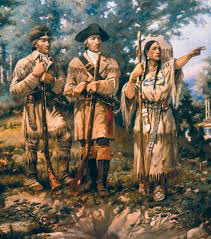 1805 - The Corps of Discovery hired the French trapper Toussaint Charbonneau, as their guide. He insisted on bringing his 15-year-old wife Sacagawea and her two-month-old child. Without Sacagawea, the Corps couldn't have successfully negotiated with the Shoshone Indian tribe for the horses they desperately needed to complete their trip to the Pacific Ocean.

1811 - Merchants, traders, trappers, and missionaries were among the first to forge a path across the Continental Divide.

1843 - "The Great Emigration" with 1,000 pioneers driving 120 wagons effectively opened the floodgates of pioneer migration along the Oregon Trail.

1846 - Disputes over the Rio Grande border resulted in the Mexican American War. In the peace treaty, the United States acquired what is now California, Arizona, Colorado, New Mexico, Nevada, Utah, and Wyoming. 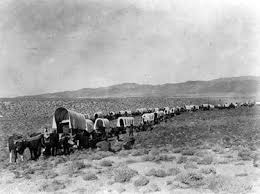 1849 - The gold strike in California created a sudden influx of gold into our capital supply and set off an economic boom in the U.S. economy.

1850 - Only nineteen months after acquiring the land through the peace treaty with Mexico, California becomes the 31st state.

1860 - The Pony Express delivered a letter to San Francisco in 10 days instead of three months proving a unified, coast-to-coast, system of communication was achievable.

1869 - The Transcontinental Railroad's "golden spikes" linked the east with the west and ensuring no one would ever again have to walk 2,500 miles from Independence, MO to the west coast.

America was taking shape geographically, and at the same time the character of our nation was being forged. After our 1776 Declaration of Independence, in less than 100 years, the United States grew in every way, at a faster and faster pace.

What do you want to get done, need to get done? Is there something you have been postponing, putting off, procrastinating, afraid to start? Start today, declare your independence from old limitations take the first step. Your momentum will pick up like a snowball rolling downhill, soon you will be done. Your physical environment will expand, each time you check off another project completed, your confidence and enthusiasm will grow. Your world will expand at an ever-increasing pace. 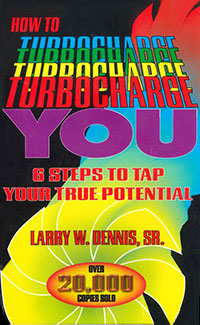 See
How to Turbocharge You:
6 Steps to Tap Your True Potential
for more insight into how to maximize every success, leverage every failure, and out manage your momentum for maximum mileage. now available on

Beginning is half done.

Beginning is half done.