One Win Turns The Tide 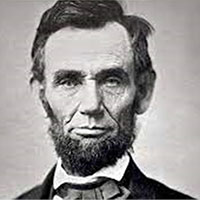 Day six on our 2020 Coast-to-Coast Tour of America: We had a very disappointing stop today. The Shiloh Battle Ground Interpretive Center closed because of Covid-19. Boy, were we wrong thinking it would only be a week or so before they would be open.

We've made a study of the Civil War over the last year or so. Through this study, I have learned the critical importance of the Shiloh Battle April 6-7, 1862. This was the first battle in the Western Theater under the command of General Ulysses S. Grant. The Union victory was a turning point in the Civil War for more than one reason.

The Union had suffered defeat after defeat on the eastern front. It seemed that none of Lincoln's generals could win. 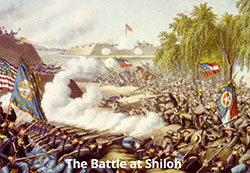 Public opinion had turned against the war. The 1862 mid-term election results made Lincoln's chances of winning the election in 1864 look bleak if not hopeless. Lincoln was on the verge of giving up.

The victory at Shiloh renewed the faith the Union needed in Lincoln to stay the course and reelect Lincoln in 1864.

It is hard to overstate the importance of the Shiloh Union victory. So, what can we learn from this battle that we can apply to our roles as leaders today? You must keep the faith, the trust, and respect of those you lead to continue to earn your role of leadership. Position alone does not automatically earn the respect and trust needed to secure the discretionary effort required for your team to win. 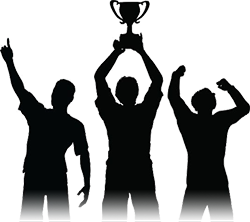 You have virtually all the same costs as your competitors - labor, material, tools, etc. to win, and be ready to successfully compete another day. You must have high morale, secure the heart, not just the head and hands, secure the discretionary effort of everyone on your team. Your team must feel like winners. The North felt like losers. Could your team be winning and still feel like losers? Yes. So, what can you do to be sure your team has that wining feeling?

People are negative, and if left to their own devices, their own counsel will focus on the losses, the defeats, the retreats. You must help change the focus to victories and in the end, you will be victorious.

People are negative, and if left to their own devices, their own counsel will focus on the losses, the defeats, the retreats. You must help change the focus to victories and in the end, you will be victorious.

How To Turbocharge You:
6 Steps To Tap Your
True Potential
shows you how to apply a 6-step process to maximize your full potential, leveraging off your successes to make your life on of steady, upward, progress.

Don't retreat in defeat when discouraged, turn up the heat and compete.

Don't retreat in defeat when discouraged, turn up the heat and compete.