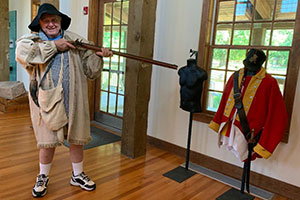 The fourth day of our journey from Loganville, GA to Seabeck, WA, we stopped at Musgrove Mills Battlefield State Park . The park was closed and still Miss Dawn, the local park ranger, welcomed us and enthusiastically told us the battlefield's story.

Just three days before the 1780 Musgrove Mill Battle, Patriot forces had lost the battle of Camden. A British scout discovered them and they lost the advantage of surprise. 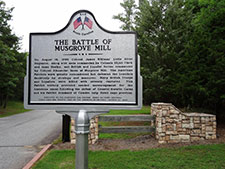 Now, the chances of the rebel forces winning this battle with the world's most powerful nation seemed more doubtful than ever. The Patriot forces consisted of Georgians under Colonel Elijah Clark, South Carolinians under Colonel James Williams and a group of Mountain Men from present-day Tennessee commanded by Colonel Isaac Shelby. The youngest soldier known to be engaged in this battle was 10 years-old; the same age as our youngest grandson Dylan. Talk about growing up fast. 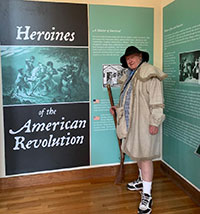 Colonel Blake, sizing up the situation, realized that his men were too tired to march any further, retreat, or to go forward. He knew they would have a strategic advantage if he fortified the high ground. His troops cut down a few trees and brush to defend the area. Then he sent out three sharpshooters to taunt the British, and the Tory forces. Colonel Blake's strategy worked. The British forces pursued the sharp shooters back to the Musgrove Mill Battle site.

The British could reload their muskets twice as fast as the Patriots. The British lined up, pointed their weapons in the general direction of the enemy. They reloaded, fired again while marching forward; when they were close enough, affixed their bayonets and engaged in hand to hand combat. Revolutionary forces used their civilian rifles which were accurate within 100 yards. Colonel Blake gave his outnumbered forces the order not to fire until the British were within 80 yards. 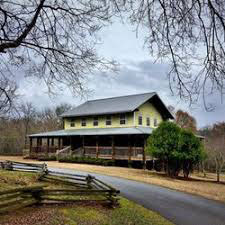 Our sharpshooters targeted the British officers, and within just a few minutes of the battle beginning, four of the five officers were dead or wounded. When the British troops realized their commanding officers were missing in action, they turned and ran.

I came away from our visit to the Musgrove Mill Battlefield with many reflections. I realized more fully than I had before, that the Revolutionary War was a Civil War. We Patriots, we Americans, were declaring our independence from Britain, the mother land. The Tory Loyalists were fighting their neighbors, their friends and relatives. The outnumbered revolutionary Patriots were under-equipped; fighting for an ideal, defending hearth and home, fighting for the right to choose their own destiny.

Would I be willing to pledge my life fortune and sacred honor as the signers of the Declaration of Independence did for the ideal of freedom and liberty? Every day, we are challenged to take a stand for truth when we courageously stand up and speak out, we count.