I have always felt this quote was describing Thomas Edison. In his lifetime he had over 2,332 patents worldwide for his inventions. I still remember as a fifth grader touring a model of Thomas Edison's New Jersey laboratory at Henry Ford's Greenfield Village in Dearborn, Michigan. I saw dozens of reproductions of his 10,000 attempts to produce a workable incandescent lightbulb. One of the more peculiar attempts featured bamboo as a part of the filament. 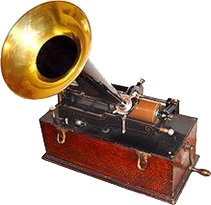 Thomas Edison improved on the megaphone by adding it to the phonograph, the precursor of the record player which evolved over the next 125 years into the iPhone which I am dictating this Turbo Charger on. There's a good likelihood that you're reading this on your mobile device and it all started with Edison's phonograph.

But the thing that impressed me most wasn't any of his thousands of inventions. The thing I remember most after 70 years, was the clock hanging on the wall of his office. The face of the clock had been removed and in its place the section of a diagonal cut of a ten inch tree. Edison said time should be measured by achievements not by minutes. 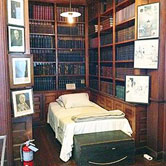 I saw the cot he took countless naps on as he worked for days on end without leaving his workshop. He worked the night shift so he would have less people interrupting him. He worked so hard the meals that were brought to him were often left untouched. 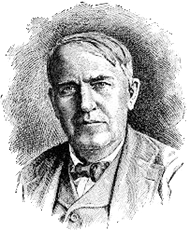 What you and I need is not higher IQ. What you and I need is more determined effort - "Genius...which dazzles mortal eyes." We need more EQ - Emotional Quotient. What we need is 5X more enthusiasm, commitment in action. I urge you to scan your own horizon for some problem or an issue that has your organization stuck. Something that has left you in the dark. Experiment with a different way of solving your problem. Record your results, talk about the outcome, continue to explore and invent until the light comes on. You'll make your world a better place. Who knows what the ripple effect of your effort, your invention, your innovation will lead to.


time should be measured by achievements not by minutes

time should be measured by achievements not by minutes