Admitting mistakes - a key to credibility 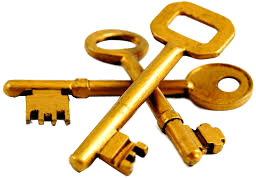 "Earlier this spring, we were closing out a project when the owner requested the return of the three hard copy keys we were issued. I had two of the three keys but we were missing the third key. The third key had been assigned to Gabe and Stephan; they had been using theirs for some punch list work over the winter.

"Both Gabe and Stephan scoured their cars, pockets and job sites but could not find their lost key. This key was important because the owner had claimed that if the keys get lost there is a $20,000 fine to have the building re-keyed. We finally decided to just turn in the two keys we had and see if they noticed. 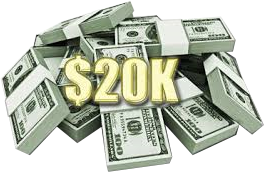 "I dropped the two keys off and before I had made the ten minute drive back to the office, I already had an email regarding the missing key, 'You turned in two keys, where is the third one?' I was scrambling, panicking because of the lost key. A few days later, I opened my drawer and low and behold there it was, the missing key staring me right in the face. Gabe and Stephen didn't know about the email from the owner or that I had found the missing key.

"My first thought was to just turn the key in and save myself a lot of embarrassment. However, this may have caused stress and a lot of wasted time by Gabe and Stephen who were still looking for the key. So, instead I texted Gabe and Stephen, "I found the missing key. It was in my drawer all , along. When I pushed the send button, I had a sense of relief, along with a kind of personal pridethat felt good.

"The lesson I learned from this experience is the power that comes from practicing Leadership Principle #11: 'When you blow it show it.'

"The action I call you to take is to tell the truth. Leadership Principle #1: Lead from high ideals even you know it could cause you the prickle of embarrassment.

The benefit you will gain is you will earn the respect of your team and be able to have a good laugh about it later you will generate the kind of team chemistry that will unlock the doors to greater opportunities."


The 15 Leadership Principles are the everyday tools of an engaged leader.

The 15 Leadership Principles are the everyday tools of an engaged leader.