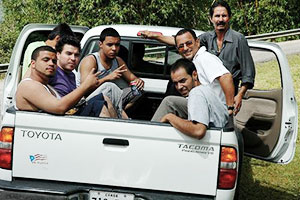 September 24, the tenth day of our Tijuana, Mexico, 3-week detour from our 2020 Coast-to-Coast Adventure. At about 8:30 AM, the BioCare Hospital and Wellness Center's driver was chauffeuring me to the nearby IRI, Imagen Radiológica Integral, for a scan of my upper body including heart, liver, pancreas, and bowels. We were behind an old Toyota pickup truck. There were several guys riding in the rear bed of the truck. This is illegal in the United States.

I said, "Boy, those guys have a rough ride back there, don't they? Where do you think they're going? My driver answered, "Probably going to a construction day job, or maybe doing yard work." I noticed their truck's California plates had been expired since 2016, "I wonder why they aren't stopped, fined, and told to get their plates renewed?" The driver rubbed his thumb and fingers together craftily as if to indicate cash, "When they are stopped with expired plates, the police collect a little payoff. If their plates were legal, the police couldn't collect these bribes." 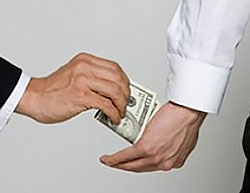 I responded, "Well, that's how it all starts isn't it? First, you have traffic stop payoffs. Graft becomes a part of the police department culture. Eventually, drug cartels are bribing high ranking officials, then the cartels have a dramatic influence on the country's culture, local government, elections, and even foreign policy." I was curious to know if they might be illegal aliens from South and Central America. Without any prompting, he assured me that they were illegal migrants from Guatemala, El Salvador, etc. "It's very difficult for them to become Mexican citizens." He went on to tell me, "These old trucks with expired plates have no registration or titles, no way of tracking down the owner. Often the drivers of these vehicles are involved in robberies and murders. When this happens, the driver just jumps out and runs away." 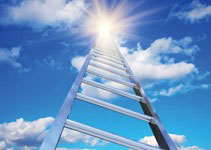 As I've thought about this exchange, it's become clearer how important it is that your organization's leadership portray an unwavering commitment to principle. They must tell the truth, Lead from High Ideals (Leadership Principle #1). They must be willing to admit it when they're wrong or make a mistake (Leadership Principle #11: When You Blow It, Show It). You must hold your reports, and even those in other departments, consistently accountable to high standards. If principles of honesty, integrity, and high ideals are compromised by leaders at any level, the foundation of your organization begins to erode. By holding fast to high ideals, you are building on a strong foundation and you will prevail in times of economic turmoil and competitive pressure.

"High expectations are the key to everything." — Sam Walton

Turbo Leadership Systems wishes you
much Joy and Prosperity in 2021! 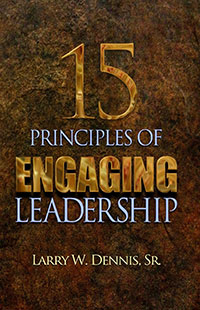 See
15 Principles of
Engaging Leadership
to gain insight, understanding, and tools you need to bring out the best in your team. available wherever books are sold

"The rain fell, the torrents raged, and the winds blew and beat against that house; yet it did not fall, because its foundation was on the rock."
Matthew 7:25

"The rain fell, the torrents raged, and the winds blew and beat against that house; yet it did not fall, because its foundation was on the rock." Matthew 7:25