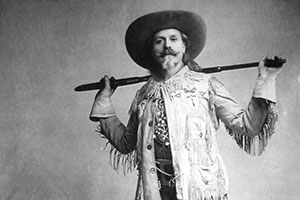 Day 14 of our 2,500-mile journey from Loganville, GA to Seabeck, WA, we visited Buffalo Bill's home in Cody, Wyoming. What an amazing man. He was a Pony Express rider, American Army scout, ranch hand, bison hunter, wagon train driver, fur trapper and gold prospector. Bill Cody's world, the world he knew in his youth, was swept away. By the time he was 40 years old there were no more buffalo to hunt, the pony express was long gone, and no more trails to scout for the U.S. Army. He could have been a victim. He could have said, "Opportunity is nowhere." Instead he said, "Opportunity is now here." It all depends on your punctuation. Instead, he saw an opportunity to take the romance, and excitement of the West, the horseback riding, the buffalo hunt, the Indian wars back east and then on to Europe. All his occupations were preparation for the Big Wild West Show. He was a showman without a question, and without compare. 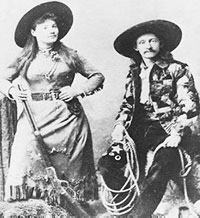 Buffalo Bill brought the west to the eastern U.S., and then took it abroad to Europe performing before royalty and heads of state. He was a visionary. He was a true entrepreneur and though he wasn't perfect (who is?) there's much that we can learn from his life and legend. In many ways, he was a testimony to the American spirit. Rising from an orphan, then putting together his Buffalo Bill Cody's Wild West Show, he toured all over the world.

His show included Native Americans, who had just a few years prior, been on the battlefield defending their territory, their settlements and way of life from the encroachment of the westward-bound pioneers. Annie Oakley was an American sharpshooter and exhibition shooter. Her talent first came to light when at age fifteen she won a shooting match against marksman Frank E. Butler, whom she later married. The couple joined Buffalo Bill's Wild West Show and Oakley became a renowned international star.

Buffalo Bill was friends with Thomas Edison, and Edison built the world's largest electrical power plant at the time for the Wild West Show. Buffalo Bill and fifteen of his show Indians appeared in two kinetoscopes filmed September 24, 1894. 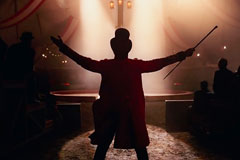 So, it all depends on punctuation, doesn't it? Did you say "nowhere", Buffalo Bill could have said, "Opportunities are nowhere" or do you say "now here" - it all depends on your perspective, your point of view. Buffalo Bill said, "the opportunity is "now, here." There are more opportunities today than ever before in human history. Sad to me that more people don't see this, believe this, and engage to grab the "ring" before their opportunity is missed.

Most, if not all of us have room to put a little more showmanship into our performance, into our presentations, into our communication. Remember Ralph Waldo Emerson's admonition "do nothing ordinary?" Buffalo Bill Cody never did anything ordinary. What is your opportunity to put a little more excitement into what you do today? I promise you this: when you add that dimension of enthusiasm and showmanship, add a little more energy, and pizzazz into your life and work. You'll feel better and those around you will too. 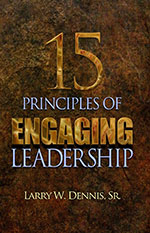 for how to include more excitement, drama and showmanship into your presentations
now available on


Everyone loves a show.

Everyone loves a show.