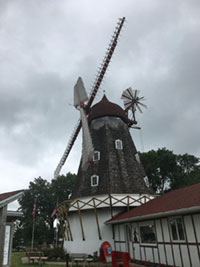 We agree, it's a must stop for anyone interested in, or even curious about Danish customs, Scandinavian traditions and, of course, windmills. Elk Horn's windmill provides a rare glimpse into the past when 2,500 windmills were scattered about the Denmark landscape. The wonderful sails captured the wind's energy to grind grain into flour. America's only authentic working Danish windmill is an example of life in the seventeenth century when farmers brought their harvest to the mill, seldom more than seven miles away.

In the spring of 1975, Harvey Sornson, an Elk Horn farmer of Danish descent, came back from a trip to Denmark with a crazy idea. Harvey had been fascinated since childhood by the stately old windmills that graced the Denmark countryside. On his visit, he learned that many of the old mills were dilapidated. His beloved windmills would soon deteriorate into nonexistence.

His "crazy idea" was to save an authentic windmill by moving it from Denmark to Elk Horn.

When he returned home, he presented his "crazy idea" to leaders of his community as a 1976 bicentennial project. It could serve as a catalyst to help the small, rural community continue to thrive. Mostly, it would be a way to honor the Elk Horn forefathers and preserve a part of the area's Danish heritage.

Harvey's "impossible dream" caught on and within five months the people of Elk Horn had raised $100,000 to purchase the 60-foot smock windmill. Originally built in Nřrre Snede, Denmark in 1848, the old windmill had endured two World Wars, a massive fire, and was about to make a trip across the Atlantic. 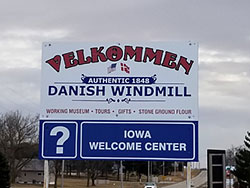 A scale model of the mill was built, the mill was carefully disassembled, shipped to the United States, and then rebuilt in Elk Horn just in time for America's 1976 Bicentennial.

Here is the lesson I took from Harvey Sorenson's "crazy idea," is that one person with an idea they are passionately enthusiastic about can with tenacious determination, change our world. History is repast with hundreds of examples. Seldom, if ever, do ideas take off on their own. Someone must get excited about the idea and sell, sell, sell it.

What is your idea for leveraging the past to preserve the future? Are you willing to take an enthusiastic stand for it? Challenge others to join your cause? When you make that commitment and act on your ideas with 5X more enthusiasm, you, like the old Dutch windmill, will harness the energy around you to make your impossible dreams come true. 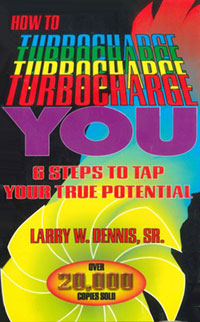 How to Turbocharge You:
6 Steps to Tap
Your True Potential

for more insight on how to maximize your full potential and leverage your successes to make your life one steady upward progression.

One man with enthusiasm used the past to change the future.

One man with enthusiasm used the past to change the future.